The Faculty of Arts and Philosophy is the starting point for the survey dedicated to Università Cattolica del Sacro Cuore on the centenary of its foundation on December 7, 1921. Unique for its capillarity on the territory thanks to its campuses in Milan, Rome, Brescia, Piacenza and Cremona, Università Cattolica is still today an irreplaceable laboratory for dialogue between different disciplines, for research in humanities and science, for the impulse to project design that so often sustained the growth of the country in the past.

The Patrologia Latina is always there, in its place. Further on, there are the other collections of classics and somewhere, now preserved as an heirloom, there is also the first edition of the Index Thomisticus: a cornerstone of the integration between humanist studies and digital technologies, prepared by Father Roberto Busa at the end of the seventies and now available on the web. For the rest, even the Reading Room in Largo Gemelli is and is not the same as it once was. Now named after Giuseppe Billanovich (the great philologist who, after the war, gave a fundamental impulse to the development of the library of Università Cattolica, which is still frequented by scholars from other universities), it has recently been equipped with numerous computer stations, proof of an ever-closer integration between tradition and innovation. In short, the Reading Room is the right place to start in order to understand what the Faculty of Arts and Philosophy of the University ‒ founded a century ago by Father Gemelli ‒ is now.

And two commonplaces, both harmful, need to be dispelled. The first is that only the past is studied here. The second, even more insidious, is that studying the past serves only to understand the past. «Starting next year ‒ announced Dean Angelo Bianchi ‒ we will activate a new course dedicated to Eastern Christianity. It is a decision we made after Pope Francis' visit to Iraq, an event whose revolutionary scope can only be appreciated if you have adequate historical awareness. For us, it is an investment in the future, as is the attention that the Faculty continues to devote to the training of teachers, whose role, invaluable for the entire society, should never be taken for granted, as we have seen during this pandemic year».

When he arrived at Università Cattolica as a student, with the intention of deepening his knowledge of antiquity, it was in these very classrooms that Bianchi discovered his vocation as a historian of the modern age: «It's all the fault of Nicola Raponi, one of the many teachers on whom the Faculty's prestige rests ‒ he jokes. His course on the formation of the secular state made me realize that something happened in the nineteenth century that still concerns us. This ability to arouse interest and to guarantee freedom in cultivating it remains the characteristic trait of humanistic studies, thanks to which the current variety of proposals is always brought back to unity».

1924 The year in which the Faculty of Arts and Philosophy was founded, which took on this form following the Gentile reform of 1923.

3,559 Students currently enrolled at the Milan and Brescia campuses where the Faculty's activities take place (as at April 2021)

The confirmation comes from the massmediologist Mariagrazia Fanchi, who directs Almed, the Graduate School of Media, Communications and Performing Arts that, together with the Department headed by Fausto Colombo, gathers researchers and professors involved in these topics. «It is no coincidence that in Cattolica, the communication courses were initially born in the Faculty of Arts, in a way that was later taken up by other universities. The objective was to encourage an interdisciplinary approach that would allow for the application of the reflection on social communications expressed by Vatican II with the conciliar decree, Inter Mirifica. That desire, which dates back to figures such as Mario Apollonio, Gianfranco Bettetini and, in particular, Virgilio Melchiorre, is now revived through the so-called public humanities, which focus on the effects of the media in the social, political and civil spheres»  Prof. Fanchi said. «The study of literature is not unrelated to this process. What has been updated is mainly the perspective in which the phenomena are framed ‒ observes the Italianist Giuseppe Langella, coordinator, among other things, of the Graduate degree programme in Modern Philology-. In this phase, for example, we question ourselves on the relationship between man and nature more than on the landscape, on the relationship with the other more than on identity, on moments of crisis more than on historical continuity. The basic conviction remains that we are called upon to transmit a living and fertile heritage of civilization, from which can come the indispensable vaccine to fight the virus of a barbarism that is all too seductive in its reassuring superficiality."

Going backwards in time, this certainty does not fade. On the contrary, if possible, it is further strengthened: «The rigour of the method, also and especially in the study of languages, is the essential starting point ‒ reiterates the Greek scholar Antonietta Porro, Director of the Department of Classical Philology-. With the passing of the years, however, the aptitude for comparison with the classical world, finally recognized in its profile of complexity, versatility, and coexistence between different cultures, is gaining more and more space. We ourselves are different from the ancients, and it is on this element that we must leverage in order to avoid enclosing the past in a monumental vision. For our Faculty, all this translates into a renewed commitment to the training of teachers, as well as into popularisation projects often aimed at school». Even in the artistic field, attention to the present is a constant theme for the Faculty.

«Thanks to Luciano Caramel's initiative, in the 1980s Università Cattolica launched a programme in Contemporary Art History ‒ recalls Francesco Tedeschi, who now teaches the same course and is also Director of the Graduate degree programme in Arts Management in collaboration with the Faculty of Economics. The complementary nature of the disciplines is increasingly important and makes it possible to broaden the range of professional opportunities, from the organization of exhibitions and events to involvement in museums, institutions and research projects. On the whole, the cultural heritage sector is proving to be very receptive, without this implying a loosening of scientific criteria»

«There is much to learn, even for us teachers. Especially with regard to the language of social media, young people are the ones who provide us with the most effective stimuli and models» Innovation is an aspect that is close to the heart of philosopher Massimo Marassi, who is also the Director of an appreciated Graduate degree programme (which, starting next year, will be called Philosophy and Management) shared with the Faculty of Economics: «More and more often, companies focus on flexibility of thought rather than on specific skil ‒ he says ‒ and from this point of view, the philosopher's mentality is particularly sought after. In general, it is not a question of transmitting codified knowledge, but of encouraging an individual or, better, personal process that in the tradition of Università Cattolica involves a constant reference to transcendence, understood as the surplus of reality with respect to its external manifestation. Metaphysics is precisely the willingness to confront something that is not an object of demonstration».

In other words, it is the highest form of openness to complexity. The Dean of the Faculty fully agrees with this statement: «From us ‒ concludes Bianchi ‒ you mainly learn to ask the right questions». 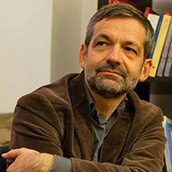