The “LIFE AGRESTIC – Reduction of Agricultural Gases Emissions Through Innovative Cropping systems” project is part of the broader climate change mitigation objective of the LIFE Program for the Environment and Climate Action 2014-2020 (funded by the EU). The overall goal of the project is the promotion of the adoption of innovative and efficient cropping systems, with a high potential for climate change mitigation, and the dissemination of innovative visions and tools for a more efficient and climate-friendly agriculture. The project, which started in 2019, lasts 4 and a half years and involves six Italian partners.

The project’s core is the promotion and implementation of crop rotations to achieve the reduction of greenhouse gases (GHG) emission, increase of carbon sequestration and increase the availability of organic nitrogen. In particular, legumes and catch crops are introduced in rotations of cereals and industrial crops such as tomatoes and sunflowers. To help growers to efficiently manage the entire crop system, with multi-year rotations of different crops, the project supports the development of an innovative Decision Support System (DSS) for rationalizing the use of external inputs (nitrogen fertilizers, pesticides, etc.) and non-renewable resources (soil and fuels), and maintaining, or better increasing, yields, quality, and safety of products.

The use of DSSs, which are IT tools able to support the decision-making process for sustainable agriculture, has been increased in recent years. The success of DSSs relies on their capability of providing tactic and operational information to farmers, who can optimize and rationalize management operations in their crops. A remarkable feature of this innovative DSS is the incorporation of a model able to quantify GHG emission, giving consciousness to DSS’s users on the environmental impact of the agricultural practices performed and tools to calibrate their management decisions consequently.

In this scenario, the scientific support of Università Cattolica is fundamental for the development of the innovative DSS and acquisition of new knowledge and skills for the correct management of crops rotations. Activities carried out by a team of researchers under the supervision of Professor Vittorio Rossi at the Department of Sustainable Crop Production (DI.PRO.VE.S.) at Piacenza campus are focused on the analysis of the traditional DSS infrastructure of Horta s.r.l. (spin-off of Università Cattolica and project leader) to detect relevant gaps and to develop new functionalities. These DSSs form the base for the development of the innovative one.
Researchers considered for the analysis crop-specific DSSs for small grain cereals (durum and soft wheat, triticale and barley), tomato, sunflower, and legumes, which are already used by some thousands of farmers in Italy. Before planting their crop, farmers must answer several questions such as “Which cultivar plant? When? How to prepare the soil for planting?”.

Tools were developed to help farmers to answer these questions and implemented in the innovative DSS by means of already published information, laboratory experiments, and field evaluations. For each crop, studies on quantity and quality of yield, root system size, plant growth rate and habitus, and nitrogen use efficiency were carried out to incorporate cultivars’ features into the tool for the choice of the most suitable cultivar, according to the final destination of the product and the supply chain requirements. Furthermore, algorithms were developed to identify the best data for sowing, with the lowest numbers of days for emergence and ensuring the early growth of plant. To develop the soil management tool, several soil managements (e.g., ploughing, minimum-tillage, direct sowing) were examined to recommend farmers with the less impacting operation, which is determined depending on rotation of crops, use of catch crops, soil texture, slope, erosion risk, and weather conditions.

Another key point for researchers was the improvement of crop protection practices. Plant disease models have been recently developed and incorporated into warning systems and on-site devices of precision agriculture to determine whether and how an epidemic develops over time and space. Mathematical models are currently being developed for main diseases of considered crops. Attentions were largely paid to stem rust of wheat (caused by Puccinia graminis f.sp. tritici) a renewed-interest disease capable to destroy entire wheat fields, and legumes diseases like anthracnosis (caused by Ascochyta spp. and Colletotrichum spp.) and sclerotinia diseases (caused by Sclerotinia sclerotiorum).

Side by side the upgrading of crop-specific DSSs, the research teams is developing a new DSS to manage catch crops used to cover the soil in the intercropping period between harvesting of small grain cereals and sowing of the following crop. Agronomic characteristics of catch crops were studied both in laboratory and field conditions for more than 40 species among graminaceous, legumes, and Brassicaceae families. Available information is provided to farmers to understand the main biotic and abiotic issues they have to deal with during the cultivation of these crops.

The innovative DSS is rising from the union of crop-specific GHG-focused DSSs and catch crops DSS, overcoming traditional Horta's DSS infrastructure and proving farmers with a holistic approach of their plots. No more single crop units and cropping seasons are taken into account, but the whole farm and several cropping seasons are considered and recorded into the innovative DSS, laying the bases for new tracking-history and traceability functionalities. Eventually, inclusion into the innovative DSS of a GHG emission dynamics model, enabling users to quantify GHG emissions related to agronomic practices and calibrate their management decisions consequently, is planned by the end of the project.

Overall, outcome of research activities will be an innovative DSS of easy and rapid access through the Internet, and able to provide farmers with a holistic treatment of crop management problems (including selection of cultivar, pests, diseases, fertilisation, soil, canopy management and GHG emissions) during crop rotations for the conversion of complex decision processes into simple and easy-to-understand decision supports. 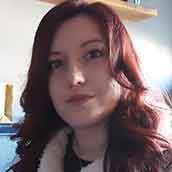