Peacekeeping is controversial and, therefore, the debate about the role and effectiveness of peacekeeping around the world is long-lasting. At the same time, expectations about its effectiveness are often too high. In fact, in spite of several issues and failures, United Nations peacekeeping operations have contributed effectively to peace also avoiding post-war violence and to enhancement of welfare within societies.

Nowadays, a growing scholarly literature is pointing out this. Then, a superior financial support to peacekeeping operations ought to be listed among the desirable objectives for the international community. This in particular should be pursued although the primary stated goal of UN peace operations is to enforce peace amongst fighting groups.

There is an additional aspect which is often underestimated, namely the economic impact of peacekeeping. The question is, in fact, whether peacekeeping operations can be expected also to influence economic activity in territories. Research on this topic is rare. In an article released in 2016, authored together with Roberto Ricciuti, Ilaria Petrarca and Prabin Khadka, I analysed the economic impact of peacekeeping in South Sudan across years 2009-2011. The idea behind that research work was based on a ‘security effect’.

Namely, we started our research by considering that the presence of UN troops - or ‘blue helmets’ - could have led to a ‘security spillover’ for residents. Then, this would have had a benign impact on productive activities. Needless to say, insecurity discourages economic growth and armed conflicts are extremely detrimental for economic development. Therefore, by providing security, peacekeeping can be expected also to provide a peaceful spillover.

This could be crucial in securing peace over time because we know that post-conflict economic recovery is actually a fundamental driver of stable peacefulness. South Sudan is the world’s newest country, established on 9 July 2011 after a referendum affirming its independence from Sudan. The two countries, divided by ethnic, religious and natural resource differences, share a common past of conflict. In the last 60 years, they have fought 2 civil wars (in the periods 1955-72 and 1983-2005) and are still involved in skirmishes over land claims along the border. Needless to say, this long-lasting conflict has led to economic underdevelopment, thwarting South Sudan's attempt to escape from poverty.

Between 1983 and 2005, Sudan experienced a severe civil conflict until a comprehensive peace agreement. As part of this agreement, the South was granted a six-year period of autonomy to be followed by a referendum on final status. The result of this referendum was a vote of 98% in favour of secession. Then, in 2005 the United Nations commenced a peacekeeping mission in Sudan (United Nations Mission in Sudan, UNMIS). Since South Sudan gained independence, the mission has been renamed UNMISS (United Nations Mission in the Republic of South Sudan), and its mandate  has been updated. In particular, following the crisis which broke out in South Sudan in December 2013, the Security Council strengthened UNMISS and reshaped its mandate towards the protection of civilians, human rights monitoring, and support for the delivery of humanitarian assistance and for the implementation of the Cessation of Hostilities Agreement.

In our research work, we analysed the relationship between the deployment of blue helmet troops and cereal production in order to determine whether UN troops have contributed to secure crops in South Sudan. We used an original dataset including all 78 South Sudanese countries and estimated a cereal production function including UN troops as an explanatory variable. In order to estimate a cereal production function, we collected data from institutional sources (e.g. the National Bureau of Statistics in South Sudan) and international organizations (e.g. the UN Office for the Coordination of Humanitarian Affairs in Juba, South Sudan). We eventually compiled this information into a panel dataset for the period 2008-11. The cereal production was our dependent variable, namely the variable we were interested in explaining. By using cereal production as dependent variable we have been able to check whether peacekeeping forces turned to be positively associated with that. In fact, main explanatory variables were number and location of UN troops. Other explanatory variables include demographic, socioeconomic and geographical characteristics of the country.

The empirical results confirmed that there is a significant positive association between the deployment of UN troops and the increase in cereal production. Put simply, results suggested that the deployment of blue helmet troops has contributed to generate higher cereal production. We were also able to provide readers with a quantitative insight. Assuming a net cereal production of 10,000 tonnes and the presence of 100 UN troops, a 10 per cent increase in the size of the troop deployment leads to the production of an additional 650 tonnes of cereal. The estimated effect is by no means negligible if considering the widespread food insecurity that strikes the country, and the whole region’s dependence on food imports. In fact, according to a report by the World Food Program, in 2010 more than one-third of South Sudanese people suffered from moderate or severe food insecurity, and child acute malnutrition was about 13 per cent.

To the best of my knowledge, this was the first empirical evaluation of the relationship between troop presence and improved economic security in South Sudan. Even if the results have to be handled with care because it is difficult to maintain that we would see the same results in other areas or situations, this outcome is providing policy-makers with some insights and suggestions.

In fact, if peacekeeping turns to be considered not only as an instrument to secure peace agreements, but also as a fruitful economic strategy, then decisions about its management, duration and financing could be rather different than the current ones. In this respect, these results strongly suggest – as said above ‒ that a superior financial support to peacekeeping operations ought to be listed among the desirable objectives for the international community. 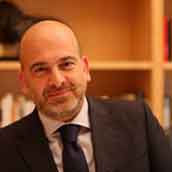