«Today in Italy we are celebrating the Day of Università Cattolica, which for a hundred years has been carrying out a valuable service for the education of the new generations. May it continue to carry out its educational mission to help young people to be the protagonists of a future full of hope. I heartily bless the staff, the professors and the students of Università Cattolica». These are the words pronounced by Pope Francis after the Regina Caeli, looking out of the window of the Apostolic Palace in St. Peter’s Square, and aimed to the faithful and to a delegation of students, professors and lecturersof the University, on the occasion of the celebration of the 97th University Day.

A century of history ahead of us, this is the theme of the University Day 2021, which this year coincides with the 100th year of the foundation of Univeristà Cattolica. The day began with a Holy Mass broadcast live on Rai Uno from the Aula Magna of the University, presided over by Cardinal Pietro Parolin, the Vatican Secretary of State, in the presence of the Rector Franco Anelli and a delegation of the university community.

In his homily, Cardinal Parolin recalled the educational role that Università Cattolica plays in our country. «Università Cattolica is called today, as it was called yesterday and as it will be called in the future, to 'open minds', to open young people’s minds to the beauty of knowledge: an openness that is not limited to acquiring content or scientific and technical skills, but which is aimed at the search for wisdom; an openness that was possible after all because God himself opened up to us the treasures of his wisdom in Jesus». For this reason, Cardinal Parolin urged, "do not be afraid in the face of a time that is uncertain and full of epochal transformations. Do not be afraid in the face of what Pope Francis has severely described as an "educational catastrophe", calling us to commit ourselves, as families, communities, schools, universities, institutions, religions, rulers, the whole humanity to "form mature individuals" (Video message for the conference on the Global Compact on Education, 15 October 2020) and to help young people to be protagonists of a new path (Address to the Diplomatic Corps, 8 February 2021). I am sure that in the century of history that lies ahead of us, Università Cattolica del Sacro Cuore, drawing on the experience of the past century, will be able to respond effectively to this appeal and this challenge. This we hope and pray for".

Before the celebration of the liturgy, Cardinal Parolin, accompanied by Monsignor Claudio Giuliodori, General Ecclesiastical Assistant of Università Cattolica, visited the graves of the University’s founders in the Chapel of the Sacred Heart, lingering over the tomb of Armida Barelli for whom Pope Francis has authorised the Congregation for the Causes of Saints to the promulgation of the decree of beatification.

The Mass, as every Sunday, was broadcast during "A Sua Immagine", the Rai Uno TV programme dedicated to faith, culture and society. The episode dealt with the theme "The school and us: education at the centre", recalling some charismatic figures of the national historical panorama: St Giuseppe Calasanzio, Armida Barelli, St Giuseppe da Copertino, Don Milani. Professor Domenico Simeone, dean of the Faculty of Education and director of the new Observatory for Education and International Cooperation at Università Cattolica, holder of the UNESCO chair, also spoke with host Lorena Bianchetti and the other guests in the studio.

The Giuseppe Toniolo Institute, the founding body of the University, organised several initiatives for our University Day. 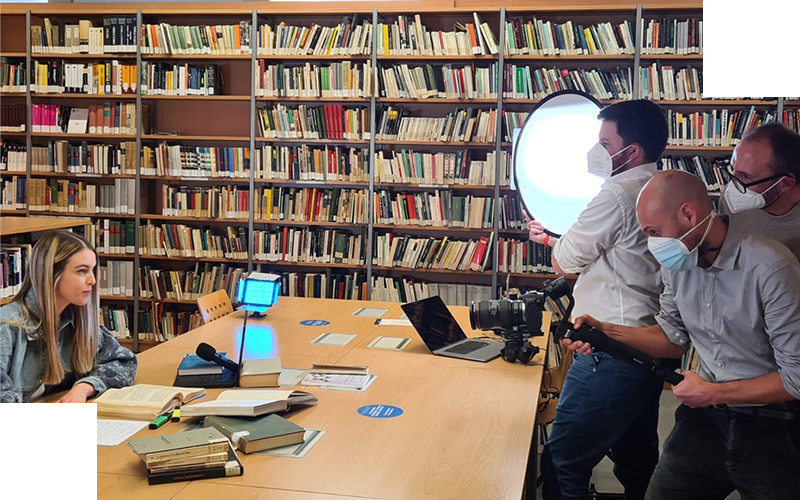