The Covid-19 epidemiological crisis has placed the State at the center of the political debate showing the importance of the Public Sector in coordinating activities, regulating market behavior, mobilising resources across sectors and areas. The “Carlo Dell’Aringa” Research Centre for Labour of Università Cattolica, jointly with the Rodolfo Debenedetti Foundation, have prepared a Report on “Public Sector Jobs” investigating the future of public services after Covid-19. The pandemic has shown the State unique role in disaster mitigation, as government can internalize collective action problems and externalities while quickly mobilizing resources.

The Report documents the significant differences that exist across Organisation for economic cooperation and development(OECD) countries in both the magnitude and composition of public sector. It shows that, on average, the public sector employs 18% of workers in OECD countries, with variations between 30% in Nordic countries and 6% in South-Asian countries. On average 58% of public sector employees, in OECD countries, are women. Two factors contribute to this evidence: first, some government occupations, such as teachers or nurses, are historically female-dominated; second, public sector jobs typically offer generous child and family-work reconciliation policies.

In government jobs it is also important to distinguish between “civil servants” (mostly administrators and functionaries, with special statute with several privileges, as well as more generous retirement benefits) and “frontline service providers” (e.g., teachers, nurses, police, and garbage collectors) who often start their career with a temporary appointment and experience more uncertain prospects of advancement and earnings. Liberalizations and privatisations, particularly in Italy, after years of budget cuts and freeze of public employment turnover have contributed to an unprecedented increase in the share of frontline service providers. Some examples of this two-tier workforce can be found in the postal sector, local public transportation and hospitals. Hence, while civil servants typically have permanent contracts, more stable jobs, and an almost automatic career progression in several positions; the other tier of public sector employment is characterized by more precarious jobs.In this process unions have often tried to protect the existing workforce (insiders), letting working conditions for new hires(outsiders) to deteriorate both in terms of protection and prospects.

The Report shows that, in Europe, wages are higher in the public sector, while the opposite occurs in the US. This has obvious implication for the attractiveness and workforce composition of public sector jobs: in Europe, public employees tend to be more educated, while natives occupy a larger share; this is not the case in the US, where non-white minorities occupy a larger share in the public sector. We show that prosocial attitudes are an important feature of public employees, especially among the European countries, though it is impossible to say whether causality run in one direction (pro-social individuals self-sorted into public employment) or another (working in the public administration enhance pro-social attitudes).

Public workers often enjoy more relaxed work pace, which is compatible with better work-life balance; often have greater level of autonomy in executing their tasks, a lower level of routinization and better employment prospects. In addition, public employees, net of compositional effects, work approximately less hours per week. The existence of pro-social intrinsic motivation within public employment also has important implications for wage policies, since -- to the extent that the government is capable to attract and select intrinsically motivated workers --, the monetary incentives lose importance, jointly with productivity measurement.

However, selecting employees on intrinsic motivation is not easy. Motivation cannot be detected by test scores, and not even by motivation letters, as often used in selecting top managers, in order to test their planning ability. Motivation is seldom tested in field or assessed by specialists in face-to-face interview, though imperfectly. Hence in the context of public sector jobs, referencing and probation periods, along with rigorous attitudinal test oriented at assessing social and soft skills could the best way to identify motivated candidates. Anecdotal evidence suggests that absenteeism increases substantially at the end of probation period, when workers are tenured. The optimal contract design should therefore combine workers’ desire for stability with administration’s demand for high productivity. 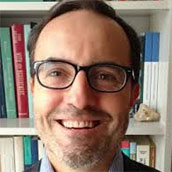