In February 2020 in a luxury hotel in the centre of Doha, Qatar, invited for an international conference, I was told in a whisper at the reception desk: ‘never press the last button on the lift, the top floor is occupied by the Taliban who are here because of the American withdrawal agreements from Afghanistan’. Today, August 2021, we witness 72-year-old President Ashraf Ghani, president since 2014, fleeing with four cars and a helicopter all filled with ‘cash’ money: paper money falling from trembling hands and sliding on the ground. Moreover, we’re watching a whole country falling apart in a growing violence. A land and groups of people who composed, recomposed, and compose today the Afghan tragedy.

Three factors: 1) the territory, the borders, the frontiers; 2) the populations, the groups, the migratory movements; 3) the weakness of Afghan governments, the creation of an ‘enemy’ for the West, the regional and international interests.

Afghanistan is a landlocked country in southwest Asia, bordered by China, Iran, Pakistan, Tajikistan, Turkmenistan, and Uzbekistan. Its population is approximately 37.466 million. The languages spoken are Pashtun, Dari, the lingua franca of the country, Turkic languages (Uzbek and Turkmen), and about 30 minor languages and dialects.

The religion is predominantly Sunni Muslim (99.7%) with small Shiite groups.

Afghanistan is characterised by mountainous deserts, long, narrow, and isolated valleys, rivers and oases. It stretches from the Iranian plateau to the Himalayan chain. With an ancient nomadic tradition, the country has always relied on subsistence agriculture and sheep and goats grazing on the slopes of the Hindu Kush Mountain range: ‘the roof of the world’. Divided administratively into thirty-four provinces, Afghanistan has several very different groups. Among these, the dominant group is the Pashtun, Sunni nomadic shepherds, in the eastern and southern parts of the country, while in the centre are the Hazaras, farmers and traders, a population of Mongolian origin, increasingly decimated by the Taliban (from talib, students in religious schools for males only, madrasa) because of their religion - Ishmaelite-Shiite in the east - and because of their economic-administrative role in the west and south. The Hazaras, descendants of Genghis Khan, but also of Alexander the Great, whose blue-green eyes some of them claim, are great enemies of the Pashtuns and there have been three rebellions in history against them (1888, 1891, 1924). In the north, the groups are assimilated into the Central Asian divisions. In the south, the Baloch, mostly Sunni, are found in the south-western region bordering Pakistan.

Afghanistan, already inhabited in the Neolithic period by Neanderthal man, has been invaded numerous times in its history. The motivation was always its geostrategic location: the key passage to India from the north, a ‘buffer’ space between Persia (Iran) and India, and an important geographical protection between Russia and India.

The Achaemenid Empire of Darius invaded Afghanistan in 522-330 BC; Alexander the Great, who founded what is now Kandahar, followed as conqueror in 330-327 BC. With its lapis lazuli and turquoise mines, the country was part of the largely imaginary Silk Road to China and was dominated by the Kusan Empire from 64 to 220 AD. From 224 to 651 A.D. the country was ruled by the Sassanid and Hephthalite empires, until the Islamic conquest in 699 B.C. Several Muslim dynasties followed until the invasion and conquest of Genghis Khan in 1219-21. In 1370 the country fell into the hands of the Timurids of Tamerlane (Timur-e-lang, ‘the Lame’), but from 1506 to 1747 Afghanistan was divided between Mughal (India) and Safavid (Persia) rule. From 1747 onwards Ahmed Shah Durrani (1722-1772) conquered the entire Afghan region, and initiated relations with the European powers of the time represented mainly by the British presence in India. During the Napoleonic Wars, the French threat in Egypt (1799) and the Indian Ocean Seas combined with Tsarist-Russian pressure from Central Asia towards the ‘warm seas’ of the Persian Gulf gave rise to the ‘Great Game’. Britain soon developed a defensive policy of its own political and commercial interests: to defend India, the ‘pearl’ of the British Empire.

The need for European knowledge of the territory, the explorations, the affixing of artificial political-territorial borders, the division and shattering of the eco-environmental balances, the introduction of new political leaders loyal to the Western powers of the time, the substantial indifference (contempt) for the local realities, the progressive creation of new enemies and the, erroneous, scarce consideration for the defensive capabilities and techniques of the local groups on the territory. These were the main causes, probably still valid today, of what soon followed.

In 1838-42 the first Anglo-Afghan war saw Britain defeated, The ‘Army of the Indus’, with the red coats of soldiers visible in the long Afghan valleys, was massacred. Out of 16,000 dead soldiers only one survived: Dr Brydon, left alive ‘to tell the story’ (!). After long years of political disputes between the Durrani family and British representatives, the Second Anglo-Afghan War 1878-80 broke out with a second defeat for Britain. However, the Treaty of Gandamak of 1879 secured British control of Afghanistan’s foreign affairs. From 1880 to 1901 the Pashtun population settled in the north and the current political boundaries were established (Durand Line of 1893 in eastern Afghanistan). Following the Third Anglo-Afghan War, which lasted only four months, Afghanistan became independent of British control over Afghan foreign affairs on 19 August 1919. Amanullah Khan (1892-1960), the leader of independence, was the first person in the world to establish diplomatic relations with the Soviet Union. Numerous political leaders came and went in the country, which was torn by conflicts between local groups, until 1933 when King Zahir Shah (1914-2007) came to power. During the Second World War, Afghanistan remained neutral. With the creation of independent Pakistan and India on 15 August 1947, Afghanistan claimed the creation of Pashtunistan. In 1973, while King Zahir Shah was in Italy, he was overthrown by his cousin Daud Khan (1909-1978). During these years the country was modernised, and women were given considerable freedom, even wearing miniskirts in universities (!). In 1978, the Communist Democratic Party took power. On 27 December 1979, Soviet troops invaded Afghanistan. The Soviet occupation lasted ten years until 15 February 1989. In April 1992, the Mujaheddin (fighters from the Deoband school), who were militarily trained in Quetta, Pakistan, took Kabul, the capital. The fighters identified their new leaders on a local basis and some of these were the Jamiat-i-Islami movement of Buranuddin Rabbani (1940-2011), the Hisb-e-Islami, of Mullah Omar (Mohammed Omar Akhunzada) (1960-2013), the Taliban leader, and the proud Tajik Massud, ‘the lion of the Panshir Mountains’ (1953-2001) according to the effective post-colonial practice of romanticizing and mythologising each local leader to diminish his credibility.

In 1994, the Taliban took Kandahar, then Herat, Jalalabad and finally Kabul. On 27 September 1996, the Islamic Taliban movement began and took over the Afghan government. The UN only recognised the government of Buranuddin Rabbani. Women returned to a regime of deprivation of rights and freedom. On 3 September 2001, Commander Massud was assassinated, and this act marked the end of Afghan aspirations. The attack on the Twin Towers in New York followed on 11 September 2001. Al Qaeda was responsible, and leader Osama bin Laden (1957-2011), a Saudi fighter, was in Afghanistan. ‘Infinite justice’, ‘Enduring freedom’, these were the campaigns of President George Bush. At the end of 2002, Afghan territory was one of the most mined in the world. Afghanistan is among the world’s largest producers of opium from poppy seeds, and drug and human trafficking are the country’s main economic activities and a major source of income for many local groups. Sharia law is the law imposed by the Taliban. Women do not have access to public life in this strictly enforced legislative framework. In 2005, the first elections since 1936 were held. The constant and exhausting fight against the Taliban caused numerous losses among the soldiers of international coalitions and among the civilian population together with millions of displaced people in neighbouring countries, and from 2005 the withdrawal was among the priority American decisions, until the final and dramatic withdrawal in August 2021. 2021, a year of new transformations according to the keys of interpretation identified, which will soon witness tragic involutions on the regional level, such as proxy wars after economic collapse, droughts, and famines. But perhaps there will be possible evolutions in international relations with new actors such as China, India, Iran, Turkey, and Qatar. In the meantime, it has been thrown down a world of pain on Afghanistan. 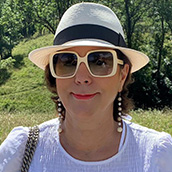 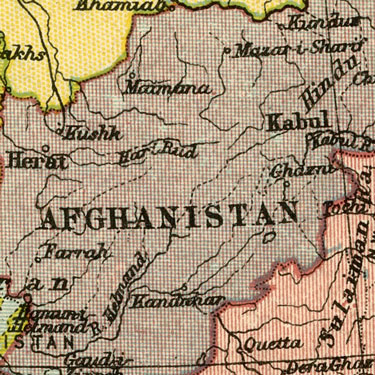 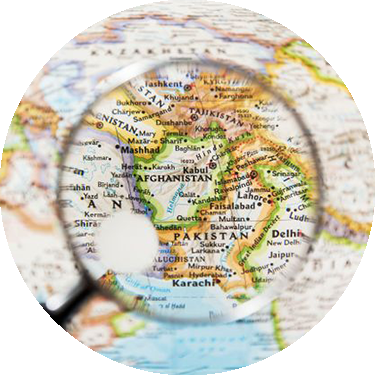