Several financial crime investigations in the past years demonstrated that legitimate companies with complex cross-border ownership structures are widely employed to cover up corruption, money laundering, and the infiltration of organised crime into legitimate economy. Public authorities are hardly able to keep the pace of criminals: Europol estimates that EU authorities annually confiscate only 1.1% of total criminal profits in the European Union (EFECC, 2020).

These trends exploit weaknesses and gaps in the capabilities of European law enforcement and judicial authorities, namely:
-    a lack of knowledge on how criminals exploit legitimate businesses and move illicit money across different domains, mainly due to a shortage of reliable data;
-    a lack of risk assessment tools specifically designed for the public sector. A survey conducted by Transcrime revealed that 60% of public authorities in the EU do not use software for financial investigations, while 78% of them would like to have tools for tracing and assessing the risk of firms.

To cover these gaps and advance the knowledge on the topic, in the past years Transcrime (the joint research centre on transnational crime of Università Cattolica del Sacro Cuore), and its spin-off Crime&tech have developed a specific expertise in applying data analytics approaches and developing IT tools for investigating the ownership structure of legitimate companies, and identifying anomalies potentially linked to financial crime schemes.

We believe that it is important to understand not just who controls a firm, but also how control takes place: through which ownership structure, holding companies, crossing which jurisdictions and with which degree of complexity. For investigating these patterns, we have developed an innovative methodology to measure the opacity of business ownership at firm level, by exploiting the information provided by company registers and business data providers such as ORBIS by Bureau van Dijk. First, our algorithms allow to reconstruct the full ownership chain of a company – also when spanning across borders – and to identify its beneficial owners, i.e. the individuals that ultimately exercise a significant direct or indirect control over the company. Second, the algorithms investigate the reconstructed ownership structure, identifying the presence of potential red-flags or anomalies, such as:
-    anomalous complexity of the shareholding structure (not justified by sector and size);
-    links with high-risk countries;
-    links with opaque corporate vehicles;
-    links to Politically Exposed Persons (PEPs);
-    other red flags.

Third, clustering algorithms translate the identified red-flags and anomalies into a set of risk indicators describing the level of opacity of the company.

The predictive power of these risk indicators has been validated by training and testing several machine learning models. Results confirm that these indicators have a strong predictive power in identifying companies (and owners) that are subject to international sanctions or have been targeted by enforcement measures. In our latest working paper, we have reconstructed the ownership structure and collected empirical evidence of sanctions and enforcement for 13 million companies registered in Europe. The analysis demonstrates that our models and indicators can correctly predict 88.7% of companies with owners included in a sanction list, and 87.8% of companies having owners involved in criminal cases (Jofre et al. 2021).

In this area of research, in the past two years (March 2019-February 2021), we have coordinated DATACROS, a research project co-funded by the European Union, and conducted in collaboration with the French Anticorruption Agency (AFA), the Spanish National Police (CNP) and the Italian investigative journalists from IRPI.

In project DATACROS, we developed a prototype analytical platform designed for Law Enforcement Agencies and Anticorruption Agencies, able to support the real-time identification of companies at high risk of financial crimes involvement. The tool incorporates our firm-level risk indicators and predictive models, and includes innovative network visualizations that allow users to reconstruct cross-border links among companies and individuals, and to visualize and detect clusters of suspicious companies. The platform has been successfully tested by project partners and several public agencies at EU level in the law enforcement and anti-corruption domain. 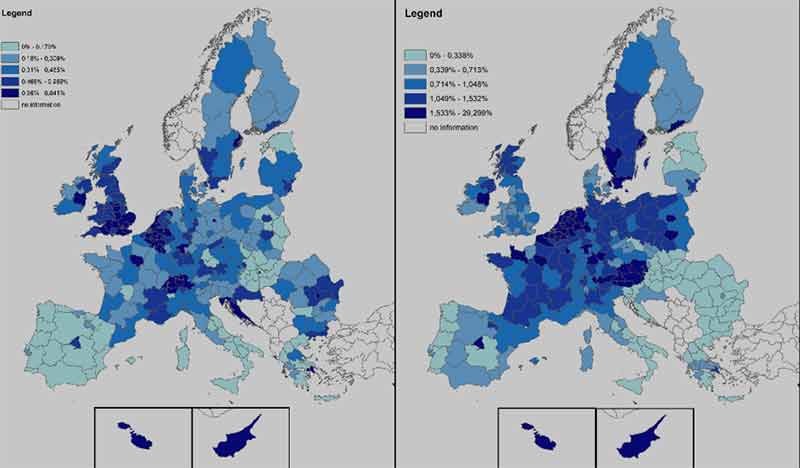 Some selected results of the analysis are available on the project website, while the final report of the project will be published in April.
Conclusions
The opacity of corporate ownership has become a central issue in ongoing discussions around global financial crime patterns over the last twenty years. Several measures have been implemented worldwide to increase the transparency of companies’ ownership, like the establishment of registers of beneficial ownership. However, the empirical evidence and knowledge around this topic remains limited, and tools designed for public authorities are lacking.
Transcrime and Crime&tech have started addressing these gaps by developing innovative analytical approaches and tools for investigating ownership opacity of legitimate companies. However, further research and development steps are required to advance the knowledge on this topic and increase the effectiveness of analytical tools, particularly in light of the new – and underexamined – financial crime schemes that have emerged in relation to the Covid-19 pandemic. At Transcrime, we are working in this direction, setting up a center of excellence for the study of firms’ ownership structures, and carrying on research projects in this field. For example, beyond DATACROS, the EU-funded projects EBOCS, involving company registers from various EU countries, and CSABOT, a recently awarded project in which we will cooperate with Transparency International and Tax Justice Network to develop trainings and research papers to raise the awareness of the European civil society around beneficial ownership transparency. Our aim is to advance the understanding of who are the owners of legitimate companies, but also how they exercise control, to better understand which companies may be at risk of being misused to cover financial crime and other illicit schemes. 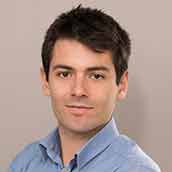