Influencers and financial education, what links them? This pairing has yet to be explored, but is rich in opportunities. The starting hypothesis of the research “Informed Savings: Reference Models in the Field of Financial Education”, within the “Opinion Leader 4 Future” project, promoted by Università Cattolica and Credem, is that such a subject as financial education – which is perceived by most as hostile and distant ‒ can be communicated in an alternative way by exploiting the charisma and influencing capability of online opinion leaders.

More serious and complex issues, hitherto known almost exclusively to insiders, could now be addressed more widely through social networking and the contribution of figures with strong communication skills, which can be used for information dissemination and public benefit.

The research is the result of the seminar on Web Listening and Web Reputation that I hold in the graduate programme in Communication for Business, Media and Complex Organisations at Università Cattolica. On that occasion, 70 students were coordinated by graduating student Claudia Ladu ‒ who will be discussing her thesis on financial education in March 2021 ‒ and worked as real researchers in the field.

They conducted 140 structured interviews involving 70 respondents aged 25 to 39 (generation Y and Z) and 70 aged 40 to 59 (generation X), and analysed potential online opinion leaders on the subject. The strengths of the “Informed Savings” project are mainly twofold: on the one hand, the dialogue between education and research, resulting in a particularly interactive teaching method; on the other hand, the experimental nature of this collaborative research, which stems from the contribution of the students who, from being the object of the research (since they belong to generation Y/Z), become active researchers.

What is financial education? It is a complex and multifaceted concept, both in the literature and the debate on the subject, and in people’s daily lives. The nuances of meaning that the 140 interviewees associate with financial education describe a universe of meanings made up of tools and practicalities (money, mortgage, current account, shares, bonds, securities...) and objectives (the majority focus on savings and investments, followed by future, work, family...), in a continuous dialogue between positive feelings (awareness, responsibility, security, usefulness...) and negative ones (difficulty, elitism, boredom) that show how this concept has been shifting.

When looking for a point of reference, putting a name to a face is important, even in financial matters. In addition to expertise, people want closeness, trust and intimacy: “you don’t talk about your money with just anyone, you don’t talk about it with an answering machine...you talk to someone you can look in the eye”, said one respondent.

In first place there are experts and advisers from different backgrounds (bank financial advisers, insurers, family accountants, etc.), mentioned by 37% of the sample. Next comes the family, and parents in particular, at 25%, a figure that rises to 41% for the youngest Y and Z (20-39 years old).  In third place (21%) there are banks, understood as institutions and sources of information on new financial products and services; here too, the importance of “warming up” communication is stressed, making it as easy, direct and personalised as possible. Great importance is also given to one’s personal skills, starting from previous educational and professional experiences.

The future opens up new opportunities. There is agreement between generations on the important role played by schools and universities, considered by 40% of the sample to be the ideal places for developing an initial phase of awareness and knowledge on the subject of financial education, with the same agreement concerning the role of the family (19.3%). Among the channels that are recognised as having the greatest potential, however, the silver medal goes to social media and influencers (30%), a gold medal if we look only at the youngest. More than half of Millennials and Zetas recognised them as one of the most effective channels (51.4%). Very different data come from adults: the world of social media is mentioned by only 8.6% of them, while they consider the generalist web far more relevant (21.4%).

In light of the data, the communicative potential of social media and some of its particular users, the influencers, cannot be ignored. But who are financial influencers and what is their role as activators of citizenship?

The “Informed Savings” research highlights, above all, the different functions that each opinion leader, depending on their skills and abilities, could play in the mission of raising awareness and providing information on financial education issues. A first information dissemination function has been identified, whereby influencers can make their followers aware of the importance of the topic and thus aim to increase awareness.

Those who perform this dissemination function best are the more generalist influencers, those who cover different topics ‒ including finance ‒ and who can reach a more diverse audience. An example? Alternating beauty content and testimonies of her life as an African-American girl in Italy, Tia Taylor’s Instagram page offers videos in which she talks to young people about savings and investments. In other cases, influencers are like tutors who guide their followers through precise indications and good practices, or support coaches to reinforce their knowledge and optimise their choices.

Opinion leaders can also build a network by linking up organisations and individuals interested in the subject, which in turn become producers of interesting informative pills. An example par excellence is Starting Finance, the largest community of Millennials with a passion for the economic-financial world, which has a network of university clubs throughout Italy. Last but not least, among the functions identified within influencing, there is empowerment, performed by opinion leaders who undertake a path of personal growth with their followers, passing through motivation and the growth of awareness and knowledge, which can then be translated into the achievement of certain goals such as personal and professional well-being.

The results of the survey lead us to hypothesise the development of a multi-step and multi-touchpoint approach designed to increase the level of financial education of citizens, especially young people.
The model, currently under study, sees research as its starting point and aims to bring concrete results in strategic and methodological terms, through the direct involvement of online opinion leaders, to be engaged with enforcement activities (sharing of tools, insights and analysis) and endorsement (recognition of their skills and knowledge). 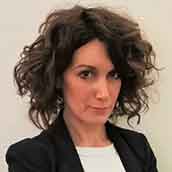 Researcher at Università Cattolica and coordinator of "Opinion Leader 4 Future"