The School of Banking, Finance and Insurance Sciences continues the survey dedicated to Università Cattolica del Sacro Cuore on the centenary of its foundation on December 7, 1921. Unique in its capillarity throughout the country thanks to its campuses in Milan, Rome, Brescia, Piacenza and Cremona, Università Cattolica is still today an irreplaceable laboratory for dialogue between different disciplines, for research in humanities and sciences, and for the impulse to project design that has so often sustained the country's growth in the past.

«The consequences of our actions and decisions will affect you personally, so you cannot remain outside the places where, I won't say your future, but your present is generated. You cannot stay out of where the present and the future are generated. Either you are involved or history will pass over you». Listening to these words that Pope Francis addressed in a video message to the participants of the online event 'The Economy of Francis', held a few months ago in Assisi, there were also professors and students of the School of Banking, Finance and Insurance Sciences of Università Cattolica in its Milan campus.

«It was an appointment we prepared for with a year's work involving professors and students in the proposed themes» ‒ said Professor Elena Beccalli, Dean of the Faculty. Not to mention the workshops on the Vatican document Oeconomicae et pecuniariae quaetiones, precisely for a reflection on the purposes of economics and finance. And it could only be so for an academic institution whose objectives include "giving a soul" to the financial system composed of banks, finance and insurance companies. «Never before have we been on the front line as in this moment, even in choices destined to influence the future» ‒ emphasizes the dean, who is also busy managing the thirtieth anniversary of the Faculty, which started in the 1990-91 academic year. Pope Francis' invitation resounds in the cloisters of Università Cattolica as a spur to continue along the path undertaken since the birth of this course of studies, which is unique in the Italian academic panorama.

«We realize that we have a high responsibility in training professionals called to bring a new outlook to the financial world, also in the light of the Church's Magisterium» ‒ confirms Professor Beccalli, who teaches, among others, 'Banking Management', 'Portfolio Management' and 'Comparison of  Financial Systems'. In short, to train serious and well-prepared professionals who «do not think of finance as an end in itself, but rather at the service of the real economy», which in concrete terms means «people's lives, their projects, the existence and operation of small and medium-sized businesses, just to give a few examples». So, a Faculty that has been questioning itself for 30 years ‒ and intends to continue to do so in the future ‒ on how to combine cold numbers and economic formulas with a system of ethical values in the light of which decisions can be made. This is not an easy step, but one that the professors of this Faculty continue to pursue through their teaching and research work.

«Certainly, technology must be extensively known and our courses of study provide us with a solid competence" ‒ says the dean ‒ "but this professional preparation is accompanied by the acquisition of an ability to evaluate the ethical dimension of every choice made. This is anything but trivial, given that many economists often make the application of economic models seem to be the result of forced, mathematical choices, without alternative».

«For some time now, many economists have separated their discipline from any moral philosophy, forgetting that the father of modern economics, Adam Smith, was a moral philosopher by training» ‒ stresses Professor Andrea Boitani, Decano of the Faculty and professor of two courses in Italian (Monetary Economics and Political Economics II) and as many in English (again on Monetary Economics and one on Economics in the European Union) and author of numerous publications, including a new book in the coming months entitled 'The Liberalist Illusion. Critique of market ideology'. Probably also for this reason, the Faculty has indicated in its 'three key words' of the Centennial (destined to become guidelines for the next 100 years): risk, money and sustainability. «The fact that we talk about risk and money in a Faculty like ours may seem obvious ‒ continues Boitani ‒ but the reflection and approach we intend to offer is not».

1990/91 is the academic year in which the first courses of study of the new School of Banking, Finance and Insurance Sciences at Università Cattolica began

1,567 students were enrolled in the Faculty as at April 30, 2021. A few dozen of them are attending courses linked to "dual degrees", i.e., a double degree in two universities

4 Research Centres: for Training in the Field of Finance (CFF) and for Cooperation and Non-Profit Sector (CRC); the Enterprise Risk Lab (Eril) and the Monetary Analysis Laboratory (LAM)

Not an easy task in a society that «has chosen money as the measure of everything: how much an economic policy raises the GDP or even the evaluation of people based on their ability to produce wealth ‒ the identification of greater earnings with greater merit (perhaps acquired thanks to the incomes of parents and, therefore, not very meritorious) ‒ feeding in fact what Pope Francis calls the culture of waste." But can money really buy everything or solve any social problem? The answer is no, indeed "money as a measure of things comes to change their very nature and can corrupt their values». But convincing even the financial system of this is the big challenge.

«We have a permanent interaction with the world of work ‒ explains Dean Beccalli ‒ through a discussion forum, which also helps us to better calibrate our courses of study based on changes in the sector in which our graduates will go to work», as it happens to 95% of them within a year from receiving their degree. In short, «alongside the theory, there is also a concrete application, which our students can also experience during the training periods in the same workplaces that collaborate with us». A high-level programme (for a total of 800 places, applications are received for four times as many) that is also recognized abroad, as demonstrated by the agreements with 8 foreign universities for dual degree courses, that is, the possibility of obtaining a degree in both universities. And speaking of money, it is impossible not to refer to risk, which «is at the heart of insurance issues and company policies ‒ explains Boitani. He adds: Risk assessment seems perhaps easier to quantify in the banking or corporate field».

«It is more complex if we talk about the environmental dimension, which is not extraneous to our reasoning. Here, the ethical dimension of the choices that must be made to reduce the probability of environmental disasters or climate change is evident, with concrete actions and immediate investments, to avoid future expenses and reductions in freedom and possibilities that will burden future generations». Money, risk and «sustainability, which is the red thread that unites the other two words ‒ Professor Beccalli emphasizes ‒ because only with a sustainable finance, able to put itself at the service of the real economy by putting in place ethical projects, which do not exclude or overwhelm anyone, we can give a turn to the entire system, as Pope Francis also asks. A system, therefore, capable of ensuring that humanity can prosper without endangering the future of new generations». This is the road that the School of Banking, Finance and Insurance Sciences will continue to travel without fear because of its complexity. 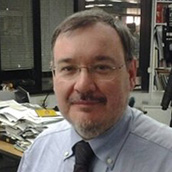