On 13 May, after I had an attempt on my life, I immediately found effective help in this home, which bears the name "Policlinico Gemelli".

Thus, on 14 August 1981, John Paul II began his grateful greeting to the staff of our Policlinico Universitario as he prepared to leave the Roman hospital that Doctor Agostino Gemelli had tenaciously wanted to build, together with the Faculty of Medicine of the University, and where the Holy Father received his first decisive treatment and was assisted in his recovery.

A place that he recognised as 'home' because of the devoted affection of the doctors, the staff and the other patients who were united with him in his moment of suffering. In those days, history burst into our hospital, among the people of the Policlinico Gemelli, with the power of a shocking event in itself – distressing for every Christian, worrying for all the citizens of a divided and restless world – which we all feel we have experienced first-hand, because the images have taken us to the scene of the drama, with unprecedented involvement and simultaneity.

Commenting many years later on what happened in St. Peter's Square on 13 May 1981, St. John Paul II said: "All this was a testimony of divine grace. Agca knew how to shoot, and he certainly shot to hit. Only, it was as if someone had guided and deflected that bullet." And in that 'grace' the Holy Father read not only the coincidence with the day dedicated to our Lady of Fatima, but above all the prayer that had united the whole Church for his salvation, a prayer that, with its moving and tenacious rising, transformed the violation of the body of the heir of Peter into a further impetus of his apostolic message: Sanguis martyrum semen christianorum. Since, he recalled, in the suffering, in the violence, a promise of joy and salvation is hidden for the whole People of God: "but not as the offense so also [is] the free gift; for if by the offense of the one the many died, much more the grace of God, and the free gift in grace of the one-man Jesus Christ, abound to the many"(Romans 5,15 Literal Standard Version)

The reconstruction of those events still has many grey areas, and the ultimate responsibility has never been clarified. Perhaps one day we will be given a reliable truth. But what happened forty years ago is not a thing of the past for our University and the Policlinico. It was the beginning of a special and deep bond that still unites us today, through a feeling of special devotion to St John Paul II. A bond built on a dialogue made up, more than of words, of gestures that are testimony: the acceptance of suffering, the unconditional offering of oneself to one's mission; care, up to the threshold of what can be done by human knowledge and passion.

The web documentary reminds us those days and underlines their significance: I am therefore grateful to our General Ecclesiastical Assistant, Monsignor Claudio Giuliodori, and to all the contributors for these reflections on the figure of St John Paul II, whose closeness has been an inspiration and an example for the whole University to pass on to future generations 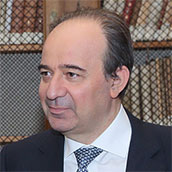