There are 180 of them. They developed around 230 initiatives in the last five years. They work by using theatre and performance, with audiovisual media, various forms of art, music and sometimes with photography. They widely use the web and social networks to organize and promote their actions. They are especially widespread in the suburbs.

It is the network of cultural associations, foundations, social cooperatives that operate in Milan for the medium-term social and cultural inclusion of migrants. Thanks to them, old and new citizens of the Lombard capital meet and get to know each other better in front of a couscous dish, a theatrical performance or a cinema screen. A variegated and extremely active universe, which the research project Migrations | Mediations. Arts and Communication As Resources for Intercultural Dialogue has tried to map and analyse to bring out its merits and potential, but also its limits and problems.

The research, conducted at the Department of Communication and Performing Arts of Università Cattolica del Sacro Cuore (Milan) since 2017, is currently in its final phase. The project, founded as a “University Interest Project”, gave birth to various publications, several seminars, a national conference in January 2019 and Webinars in May-June 2021. In particular, the primary outcomes of the research converge on this website:  this, in addition to being a means of information on research activities, is an actual tool for working and consultation aimed at operators, policymakers, scholars, and anyone interested in the topic. The research involved about 50 scholars, coordinated by the writer of this article as Principal Investigator. The reader can find the complete list of activities on the website mentioned above.

The project had a twofold nature. First, it was a traditional research project. It, therefore, intended to map the policies of local, national and international institutions and the concrete initiatives of associations, cooperatives, and cultural groups concerning the use of media, theatre and the arts in intercultural dialogue. This part of the project resulted in the creation of two databases. The first one contains the official documents that policymakers have formulated at different levels on the matter. The second database reviews the grassroots experiences developed in the Milan area (particularly in the suburbs), ranging from the use of the theatre to that of food, from cinema to photography, from parties to sports. Both databases, including detailed analyses and short video reports on the various initiatives, are available on the research site mentioned above.

The second aspect of the project (still operating due to the protracted pandemic crisis), on the other hand, has an operational character. More particularly, it aims at promoting meetings between institutions, producers and artists or organizers; spreading the identified good practices and encourage their replicability; supporting and implementing a professional awareness of operators in the sector; encouraging models of assessment of initiatives, and so on. To this end, Migrations | Mediations has made its databases available to all the interested parties (operators can register independently); it has linked itself to similar initiatives at the national and European levels; it is developing a White Paper on the Operators of Intercultural Dialogue. The Ufficio Reti e Cooperazione Culturale of the Municipality of Milan, coordinated by Dr Bianca Aravecchia and headed by the Councilor for Culture, Dr Filippo del Corno endorsed this side of the project.

The analysis of operators and initiatives allowed us to identify a universe in full swing, as mentioned in the introduction. As for the operators, they are cultural associations (64% of the sample), public or private bodies (11%), foundations (10%) and social cooperatives (8%). The initiatives see a prevalence of traditional or social theatre (19% of the sample), followed by audiovisual media (18%), art (14%), music (12%) and photography (10%). The actions do not directly involve the issue of the “emergency management” of migration flows. Instead, they are tools for promoting social inclusion in the medium term; as supports for documenting and enhancing the many and “unique” testimonies of stories of which migrants are carriers; and as a means to sensitize Milanese citizens to the new forms of coexistence with foreigners.

On this background, three characteristics appear particularly relevant. First, most of the initiatives involve ”new citizens” right from the ideation and implementation phase. In many cases, the migrant associations are the main actor in the Milanese neighbourhoods' cultural animation. Secondly, many initiatives take on hybrid forms since they involve different arts (music, dance, theatre, singing…) and even “performative forms” such as feasts, rites, ceremonies, games and sport. Conviviality, the joyful, festive atmosphere that makes people feel welcome, is often the flavour of the activities, not rarely accompanied by sharing actual food in dinners, happy hours, and exchanges of recipes. Finally, the events take place mainly in neighbourhoods on the outskirts of Milan. This aspect does not seem accidental to us: indeed, the initiatives analysed express the need to invent or reinvent living spaces through new forms of physical encounter and interpersonal exchange; therefore, they occur more efficiently in less historically and geographically connotated environments.

This last aspect partly explains the crisis that these activities went through due to the SARS-CoV-2 pandemic, starting from spring 2020. Yet, at the same time, the pandemic crisis has brought to light some intrinsic limits of this whole sector, which had already emerged in our research. More particularly, the vitality of bottom-up initiatives corresponds in many cases to their fragmentation; in general, we registered a common difficulty in “networking”, in regularly accessing public and private funding, as well as in stabilizing the professional figures operating in this sector from the point of view of roles and skills. In the background, other limits must be reported in view of an action to support and strengthen this sector: the scarce dialogue between local, national and international realities; the delicate issues related to the methods and practices of assessing initiatives and their impact; finally, the intermittent attention of local, national and international policymakers and institutions to the social and political importance of intercultural dialogue carried out with the means of the theatre, the arts and the audiovisual media. 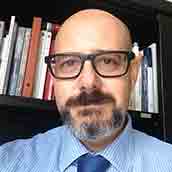 During this conference, the first of a series in April and May, two speakers will participate: Angelique Petrits (European Commission) and Giuseppe Fidotta (Concordia University Canada).